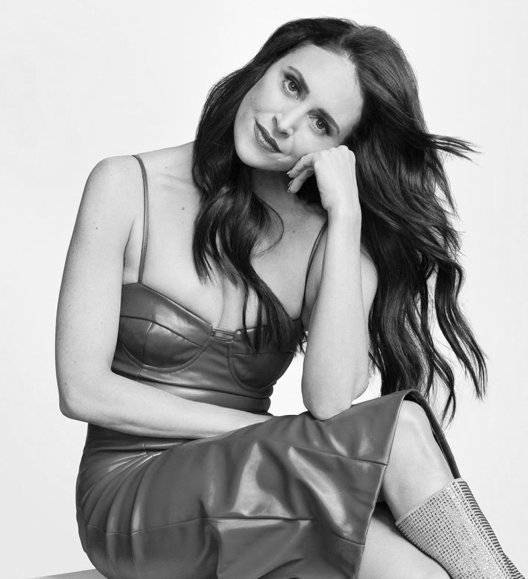 "We don't got what they got, they don't got what we got," sings Kelleigh Bannen on her infectious, rambunctious song "The Joneses." "When it comes to the haves and have-nots, we'd rather not."

In a town like Nashville that's full of haves and have-nots, it's not easy to follow your own beat - to trust your gut instead of what comes out of a boardroom or to trust your heart instead of the radio charts. But for Bannen, that's always been a natural way of living and the core of her artistic integrity. Through highs and lows, hit songs and major tours, the native Tennessean has never been wooed by the promise of anything but making music that she believes in, which is a body of work that's as honest as it is fun, as swaggering as it is tender. It's country, it's pop, and it has a whole lot of soul. It doesn't fit easily in any box and that's just the way Bannen likes it. When it comes to being anyone but herself, she'd rather not.

Bannen’s tell-it-like-it-is approach and unapologetic style has garnered a groundswell of support from fans, industry and press. Bannen’s podcast This Nashville Life offers up a glimpse behind the scenes from music industry insiders and was featured by The Washington Post, NPR’s On Point and iTunes New & Noteworthy. This past year, Bannen was tapped as the official host of Apple Music’s first-ever country music show “Today’s Country with Kelleigh Bannen,” which airs live on Apple Music every Friday. Bannen also hosts her daily on-air show, “The Kelleigh Bannen Show,” Monday through Friday. Both shows are available on-demand on Apple Music.

The Nashville native is also the host of the podcast This Nashville Life, which The Washington Post called, “...fascinating glimpses behind the scenes…” This Nashville Life features guest interviews, industry tips and insights from top-level music business executives and creatives, and has quickly gained popularity with welcomed guests including Tim Nichols, Craig Wiseman and Jason Owen.