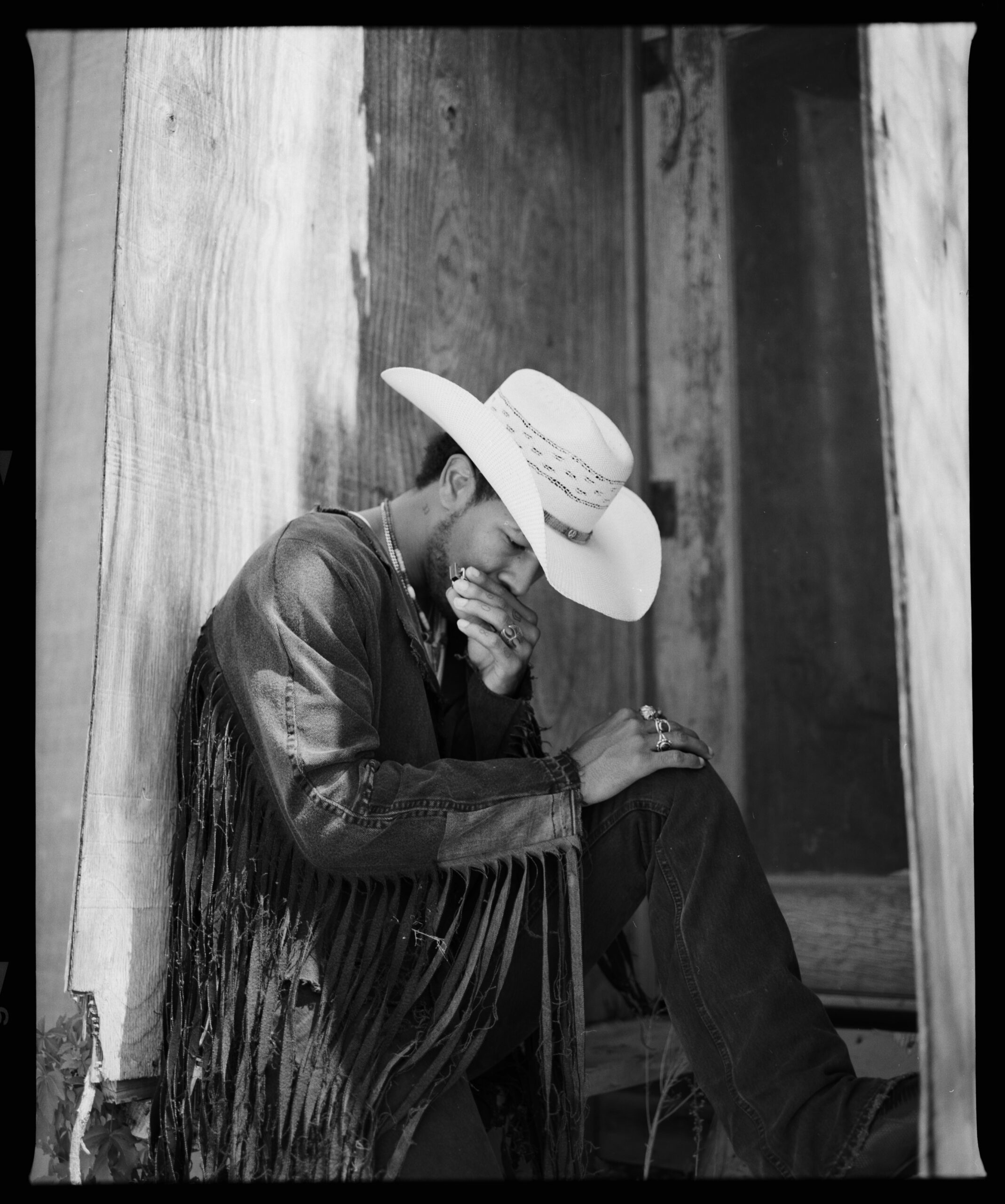 Angel White is a singer/songwriter from Dallas, Texas whose music blends R&B, Pop, and Western influences in a new and unprecedented way. Angel spent his formative years busking on the streets of Deep Ellum, learning the power of his voice and how it could touch the people around him.

It was this approach to songwriting that spawned Angel’s new solo identity and thus his forthcoming album, GHOST OF THE WEST.

Unlike most contemporary music, Angel’s music is not “wallpaper” or transparent: instead, his songs will take listeners to a specific place. For Angel; a western landscape is equally beautiful and dark in its vastness.

VILLAIN, the debut single from GHOST OF THE WEST, is a reminder of the lurking presence of something sinister taking the form of a passing thought, a pernicious relationship, or words never said. Watch for the wolves, and leave it all behind.